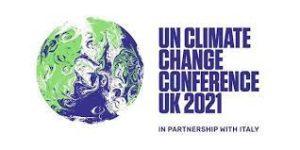 Organized by CETESB and ADEME, this in-person event focuses on Brazil’s Climate Agenda and includes :

Organized by ADEME and Carbone 4, this in-person event will clarify the concept of carbon neutrality which has widely spread since COP21, and is at the heart of numerous international initiatives such as the recent Race to Zero campaign. Indeed, its understanding and appropriation differ from one to another.
The ACT initiative, co-founded by ADEME and CDP, and the Net Zero initiative, led by Carbone 4, both aim to provide a framework for action and communication by companies, in order to report on their alignment with decarbonization pathways that respect the Paris Agreement.

ACT-DDP is a global pilot project involving two well-established initiatives that involve a wide group of organizations in Europe and Latin America. The ACT assessment applies sectoral methodologies against the sectoral performance and Deep Decarbonization Pathways (DDP) Initiative, on the other hand, develops analytical methodologies to build consistent national and long-term sectoral trajectories.

The ACT-DDP is in its 2nd year of activity and has led to the production of a common methodology, of bottom-up and national sectoral decarbonization pathways and currently, the assessment of the climate transition strategy of key Brazilian and Mexican companies.

This event would be a key opportunity to present the first results of this project and highlight some lessons learned from the assessment of local companies. The sectors involved in this analysis in both countries are Power generation and Cement, and in the specific case of Brazil and Mexico we are also engaging Meat Producers and Public Mobility Transportation sectors, respectively.