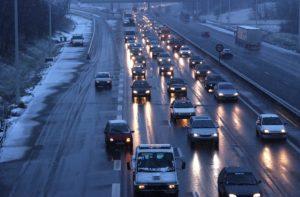 Comparing the 2019 and 2020 Climate and Energy Automotive Benchmarks.

China, Japan, South Korea and the European Union are some of the world’s biggest car markets. One other thing they all now have in common is a commitment to reach net-zero emissions by 2050 or 2060. The second biggest car market in the world, the USA, is likely to join the net-zero club with the recent election of Joe Biden as the next president. Such commitments entail a huge transformation of the automotive sector, as emissions from road transport account for 11.9% of global greenhouse gas emissions. A growing list of nation-states, such as the UK and France, as well as sub-national states and regions, such as California, Quebec and Hainan, are scheduling bans of the internal combustion engine. A shift to a low-carbon sales portfolio is therefore increasingly not only a climate imperative, but a matter of business survival.

The second Climate and Energy Benchmark of companies in the automotive sector, released in November 2020, revealed a failure by many companies to implement sufficient action that will reduce emissions at the rate required by the Paris Agreement. 25 automotive companies were assessed in the previous assessment against the International Energy Agency’s (IEA) 2°C scenario. Under the second assessment, those 25 companies, plus five new auto manufacturers, were assessed against the IEA’s more ambitious well-below 2 degrees scenario.

In the previous assessment, the average performance score of the 25 companies was 9.4 out of a possible 20. In this assessment, the average performance score fell further to 8.1. This lower score relates in part to the more ambitious decarbonisation scenario used in which companies are expected to be reducing their emissions faster and increasing low-carbon vehicle sales more rapidly. 17 companies scores worsened between the two assessments; however, 8 companies saw improvements in their performance scores: Volkswagen, Tesla, Tata, SAIC, Hyundai, Geely, Guangzhou and Dongfeng. The use of more ambitious climate scenarios should be insightful for auto manufacturers as policy makers, financiers and civil society around the world are increasing their climate ambition. These low scores confirm that considerable action is needed by the sector to meet the requirements of the low-carbon transition.

One key reason for the low scores was companies’ limited progress in reducing their vehicle tailpipe emissions, which represent automaker’s biggest source of emissions. The first assessment showed 12 out of 25 companies reduced their average tailpipe emissions at the rate required to meet a 2°C scenario. However, against a more challenging well-below 2°C scenario, only 2 of the 30 companies assessed reduced their emissions between 2014 and 2019 at the rate required. Tesla was one of these companies, which does not produce emissions through the combustion of fuel as it produces only pure electric vehicles. The other company was BYD, whose sales were 47.9% battery electric or plug-in hybrid in 2019.

By comparing the rate at which companies are reducing their average tailpipe emissions between the two assessments, we can see which companies have accelerated the rate at which they are reducing their emissions and which companies are moving into the slow lane. On the positive side, ten companies[1], including six Chinese companies, have increased the rate of their vehicle emission reductions. For ten other companies[2], the rate of emission reduction was slower in the second assessment period than the first. Four companies – Subaru, Mazda, Renault and FCA – have actually seen the tailpipe emissions of their sold vehicles increase from 2014 to 2019. These four companies are going in reverse on emissions reduction, likely due to the fact they are selling proportionately more heavier vehicles such as SUVs.

The vast majority of companies assessed are also not reducing their scope one and two emissions intensity – the average manufacturing emissions per vehicle produced – at the speed required. These emissions are under the direct control of the company and can be reduced relatively easily through switching to using renewable electricity and heat, as well as through efficiency improvements. Under the 2°C scenario used in the previous assessment, nine out 25 companies were measured as reducing their scope one and two emissions intensity at the rate required. However, only four companies were considered fully aligned in the more recent assessment under the more ambitious well-below 2°C scenario. Non-disclosure of scope one and two emissions was a significant barrier to assessing the Chinese companies, with a general lack of transparency also limiting their score in other areas of the assessment.

For the automotive sector to reduce their tailpipe emissions impact, sales of battery electric, plug-in hybrids and fuel-cell vehicles must rapidly increase. However, only five of the 30 companies assessed grew their low-carbon sales share at the rate required by a well-below 2°C scenario. Alongside the increase in SUV and other heavy, highly emitting vehicle sales, limited low-carbon vehicle sales explain why auto manufacturers are not reducing vehicle emissions fast enough. Scores were lower in this area than in the previous assessment, where six of the 25 companies grew their low-carbon sales at the rate required by a 2°C scenario. This reflects the more challenging low-carbon vehicle share required by the more ambitious scenario. A 2°C decarbonisation pathway expected a 5.4% low-carbon share in the sector by 2019 and a 35.8% share by 2030, whereas the more ambitious well-below 2 degrees scenario expected a 6.2% low-carbon share by 2019 and a 42.3% share by 2030.

The increasing proliferation of net-zero commitments have put the Paris Agreement goals within striking distance, with recent analysis from Climate Action Tracker calculating global warming by 2100 has a 50% chance of being limited to 2.1°C if these commitments are met. However, long-term commitments are meaningless unless they are supported by actions to reduce emissions and shift to low-carbon business models by companies in every sector of the economy. Those sectors which have available technologies which enable rapid decarbonisation, such as renewables and nuclear for electric utilities or electric vehicles for auto manufacturers, must go further and faster in their actions to reduce emissions within the next decade. The two automotive Climate and Energy Benchmarks have shown that large auto companies are currently being too sluggish in their actions to shift to the low-carbon economy. Ambition and action must increase.