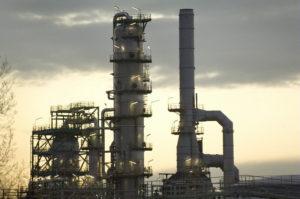 Transforming electricity systems is crucial to decarbonisation. In 2018, 62.9% of global electricity was still generated from fossil fuels, but low-carbon generation, particularly from wind and solar, is growing significantly. Excitingly, electrification can enable other high emitting sectors such as autos or heat to slash emissions, but only if emissions from electricity generation are reduced. Politicians and regulators increasingly understand the seismic change that electricity systems must undergo. In the USA for example, presidential candidate Joe Biden has set out an ambitious target of achieving carbon neutral electricity by 2035.

Electric utilities must lead on decarbonisation and have robust plans to transition to a low-carbon economy. Recent analysis by the World Benchmarking Alliance and CDP used the ACT electric utility methodology to assess the 50 most influential electric utilities, marking a major milestone for the ACT Initiative with its largest assessment of companies in a sector to date. However, the results showed a sector whose plans to transition to the low-carbon economy lack the ambition and detail required to mitigate dangerous climate change.

The most shocking finding was the lack of ambition. The ACT methodology measures the alignment of companies’ emissions reduction targets with climate scenarios. The assessment applied the International Energy Agency’s Energy Technology Perspectives Beyond 2°C Scenario, which generates a well-below 2-degree decarbonisation pathway with a target for the whole electric utilities sector to converge at net-negative emissions by 2050. Only 4 out of 50 companies were found to have targets ambitious enough to be aligned with this scenario. One further company, SSE, set a well-below 2-degrees target in mid-June but this was too late to be considered in this assessment.  Most worryingly, 23 of the electric utilities had set no emissions targets, or have no targets that extend beyond 2022. No meaningful assessment of targets contribution to medium- to long-term planning could be made for targets that do not extend beyond 2022. Emissions reduction targets are essential not only to demonstrate climate ambition, but to support strategic planning. Intermediary targets should be established to incentivise management to reduce emissions in the short-term, as well as a long-term target. Given the longevity of fossil assets, companies must ensure they set targets long enough to cover the lifetime emissions of new and planned assets. Only 13 companies had set targets that cover 75% or more of their assets’ lifetimes. This means 37 companies had failed to set targets that cover the majority of their assets’ lifetimes and are more likely to make investment decisions that lead to stranded assets.

Most of the 50 electric utilities assessed were lacking other major aspects of a robust transition plan that can guide a successful transition. Financial planning is essential to show that management has considered what investment will be required to develop a low-carbon electricity portfolio and how this will be financed. Yet half of the plans reviewed do not provide financial details for the delivery of the plan. The remaining plans, including those of high-ranking companies like Iberdrola, Ørsted and Vattenfall, only detail financing of short-term actions.

Credible transition plans should also include projections of the company’s future electricity generation mix which shows consideration of which low-carbon technologies are most suitable for their business and which fossil fuel assets will need to be phased-out. Encouragingly, 19 companies set targets to increase their low-carbon generating capacity from renewables or nuclear. However, only 11 companies had committed to a phase-out date for coal, the most polluting form of power generation. However, even relatively high-performing companies such as EDP or Iberdrola have failed to develop timebound plans to phase-out or fully decarbonise gas-fired electricity generation.  Ørsted stood as a clear leader here with a commitment to exit all fossil fuels by 2023.

Another significant gap in electric utilities’ transition planning was a lack of high-quality scenario analysis. 23 companies had not used any form of scenario analysis. This should serve as a major warning sign to these companies’ stakeholders, as scenario analysis is essential for a company to identify its climate risks and opportunities by testing the resilience of its business model and assets to a range of future temperature scenarios. 25 of the 27 companies which did conduct scenario analysis failed to report results publicly or expressed results purely in qualitative terms. Scenario analysis should be published in quantified, financial terms. For example, a company highly dependent on importing coal should consider how its fuel costs might change under different temperature scenarios. For the electric utility sector, it also particularly important to consider how more stringent climate policy, such as a high carbon price, might affect the earnings of different assets.

All these gaps in forward planning indicate this is a sector which is unprepared to reduce emissions at the speed required to achieve the Paris Agreement’s goals. This was reflected in the assessments’ projections of future emissions based on “locked-in” emissions of current and planned assets. 35 of the 50 companies are expected to exceed their well-below 2 degrees carbon budget between 2018 and 2033, leading to a total excess of emissions of 23.5 billion metric tonnes of CO2e in this period.  97% of these excess emissions will come from just 10 giant companies five based in mainland China, with the others headquarted in Taiwan, Korea, India, Indonesia and Egypt.

Electric utilities should be aware that the climate ambition of policy makers, financiers and consumers is only likely to increase in-line with the Paris Agreements goal of limiting global temperature rise to 1.5 degrees . Therefore, to remain relevant and profitable, companies need to develop credible and detailed transition plans. Science-based emissions targets, scenario analysis, coal phase-out dates and capital allocation plans will be essential tools to navigate the transition. Perhaps more than any other sector, electric utilities must lead the way on decarbonisation and start planning for the economy of tomorrow today.